Even with the best driver preparations and education, still, there are reported reversing or backing up accidents involving children. According to the Insurance Institute for Highway Safety in the United States, roughly 70-percent of all the cases of backing up accidents happen because drivers failed to see the victims while driving the cars. In Australia, the same problem and concerns are reported; children are often the victims of accidents associated with backing up or reversing.

According to experts, the main problem is the blind zones or the area behind the cars that a driver may not normally see from the driver’s seat. The blind zone can stop the drivers from getting a complete look of the obstacles around and the children who are standing or playing near the area. This problem is further complicated by the arrival of the popular SUVs which are known to have larger blind zones when compared to passenger cars. Also, the change in the design of some cars, including the use of thicker pillars and high rear decks restrict the vision of the drivers, thus enlarging the blind zones.

What Can You Do?

If you are worried about the blind zones, then one step that you can do is to use backup cameras. Once installed, 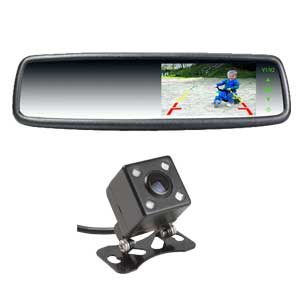 these cameras will be activated automatically when the car is placed in reverse, allowing the driver to see what’s behind the car. High-end reversing camera systems are known to respond immediately, and they come complete with a central display which can show the driver what’s happening. A basic kit comes with one camera, but if your vehicle is larger, you may need reversing camera systems with multiple cameras.

Adding reversing cameras can help reduce the blind zones, and reduce the risks associated with accidents. And if you want to be sure, you can always stop the car, get down the car and check the area before reversing.